Visit the house with a guided tour

Guided tours this season will be thematic tours of Hilda’s memories – an exhibition about Hilda’s time at Gunnebo.

Hilda Sparre was Gunnebo’s last private owner; a legendary figure in the city of Mölndal and a good PR person for her beloved Gunnebo. Without her this little Gustavian gem wouldn’t have been preserved for the future, without her residents of Mölndal wouldn’t have become proud owners of a little wooden 18th century castle. This season’s guided tours and exhibition is all about Hilda Sparre and her family, and in particular the year 1922, when Gunnebo formally became hers and the town of Mölndal was built. Hilda’s memories forms part of Mölndal’s centenary celebrations.

Please note that the tours are offered in Swedish. However, during June 25 – August 21 all tours at 1 PM are held in English.

GUIDED TOURS IN THE HOUSE

Welcome to discover Gunnebo House, just outside Gothenburg. Located on a hill stands the neoclassical castle overlooking the surrounding countryside. The architecture, together with the surrounding garden, reflects a cohesive 18th century environment. Gunnebo House was built as a country house for the successful merchant John Hall and his family. The entire facility was designed by Gothenburg city architect Carl Wilhelm Carlberg.

Please note that the tours are offered in Swedish. However, should you prefer parts of it in English, please tell the guide before the tour starts. We provide an information booklet to borrow, available in English, German and French . You are only allowed access to the House with a tour guide. Tickets are purchased in the gift shop in the north wing or online. 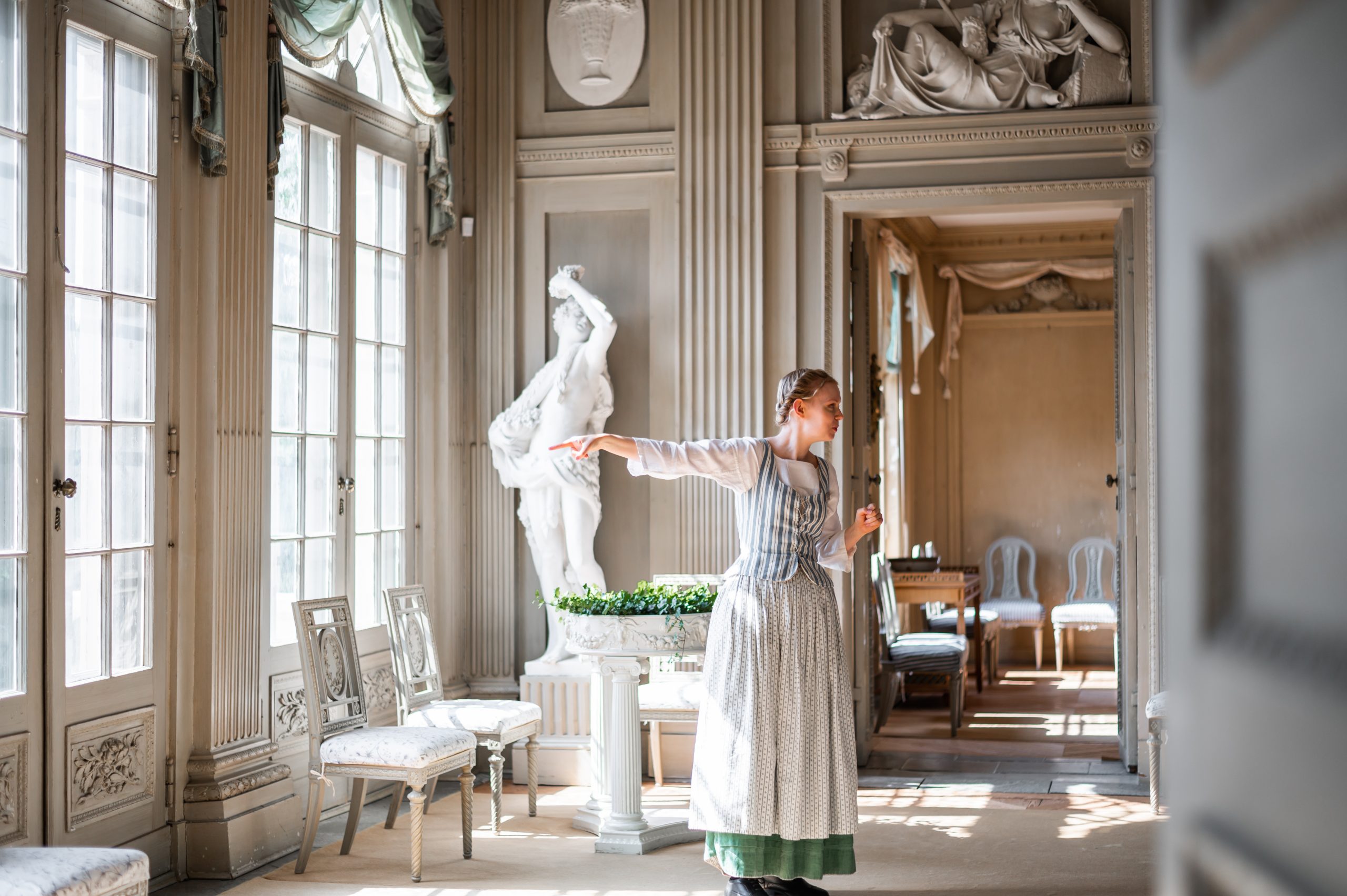 Adults: 175 SEK, children under 16 years are free of charge accompanied by an adult.

If our opening hours don’t fit your schedule, you are welcome to book a tour on your own. Whether you…..

Photography in the house and the gardens

Wedding and amateur photography Having your photographs taken in the house is very popular and always needs to be booked…..

This site uses cookies and other tracking technologies to assist with navigation and your ability to provide feedback, analyse your use of our products and services. By using our website you agree to the use of cookies as described.